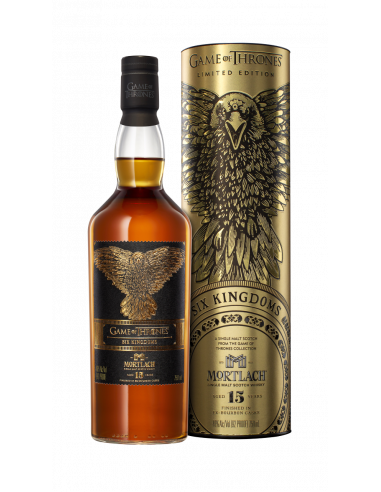 The UK drinks giant teamed up with the show’s network HBO to produce the range of single malt Scotch whiskies in celebration of the eighth and final series of Game of Thrones this year.

“Eight fantastic Scotches toasted the coming of the final season of the show, and we now look back on the most captivating television show of all time and raise a ninth glass in celebration,” said Jeff Peters, vice president, licensing and retail at HBO.

Six Kingdoms (46% ABV) is inspired by the finale of the show and pays tribute to the fate of fictional continent Westeros, when the fictitious realm’s Seven Kingdoms became six after the North became independent under queen Sansa Stark.